Please note that we have posted the dates for key 2017 events in the Calendar.

Check the Calendar page and entries often for the latest updates on each event.

If you have any questions, please contact Ron at communications@hawkestoneyachtclub.com.

HYC has a fun race each and every Friday evening starting at 6pm and cocktails and snacks on the clubhouse patio directly after each race.

Join us for a fun evening of racing.

Please watch for additional race information on the HYC web-site.

Looking forward to another great year of fun racing and fellowship on Friday nights!

Boat Captains:   As we are all getting excited for Lift In, please ensure that you are prepared accordingly by reading the instructions below.

Boats will be launched as per the dry land parking layout below. Please note the location of your boat in relation to the diagram and be prepared to launch accordingly. Boat Captains must be present for launch and ensure your boat is ready to go in the water when the crane comes to lift you in. Boats will be left in straps when launched until captain ensures that no water is entering. Once straps have been removed you are to move your boat away from the launch site as quickly as possible or we will tow your boat to its slip, if needed. Any boat not being launched and not already in the back part of the rear parking lot will be relocated at the end of the day Sunday. Boat Captains must be present for this move.

In addition, each boat Captain must have a current proof of insurance on file with the Membership Director and/or present it to the Harbourmaster on or prior your launch. If this is proof of insurance is not present and up to date, your boat will not go in the harbour.

Also, please note the on line Work Hours sign up opportunity for either launch day or the subsequent cradle move day. 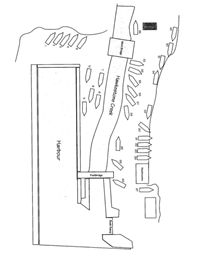 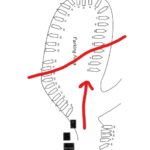 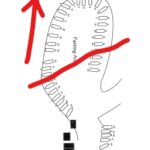 Race results for the 2015 season.. Thank you to the race committee and Richard for a great season of fun races that were enjoyed by all members..

The following article was sent to me by Tony Miles who wrote this years ago for Telltales. It is so good and something that we all can relate to at one point or another. Well stated Tony. We all look forward to your far between visits to the club and your wonderful sense of humour!

Thank you for your contributions over the years..

Why Do I Sail? – by Tony Miles

In the past few days I have had reason to question my sanity in ever taking up sailing. Buried in the bowels of the boat, wrestling with bolts that won’t release their hold, twisted pipes that refuse to disentangle themselves and flesh bearing on metal specifically designed to lacerate, bruise, concuss, induce muscular spasms or fracture parts of the human skeletal system, gives one plenty of time to meditate on more reasonable ways of engaging oneself.

I tried to reach back in history to see where the romance of sail first got it’s start.  If we begin with the Bible, we find Noah was one of the early characters that messed about with boats. Of Course, like most sailors, he was slightly unhinged. Who else, when alerted to possibility of high water and charged with saving a menagerie of animals and his immediate family, would opt for building a boat rather than seeking high ground. Now you have to be a brick or two short of a load to start a project like that. Can you imagine the building permits he required (Tony Pope could have helped him here), and the lengths to which would have to go to satisfy the MoE and local Health Unit. If we think we have problems with factory hog farms, you can see that our friend Noah was about to run the E.Coli count off the chart. Now he has built his boat, and has to get the animals aboard. You probably have trouble getting the family dog in at night, but this guy has a king size animal drive on his hands, and Mrs. Noah going on at the same time asking what’s taking him so long. Anyway he succeeds and the rest is history. But I don’t think you could say that Noah’s venture sparked a big run on boat building or recreational sailing.

And still with your nose in the Bible, you stumble upon Peter and his pals, fishermen and therefore sailors all, setting off on the Sea of Galilee in spite of Small Craft Warnings having been issued by the local weather office and an angry sky that shouted “Gale!”. Jesus who knew a thing or two and had checked with his Dad, decided not to join them, and said He’d rather walk. And we all know what happened next, and unless one has a direct line to the Almighty, it might suggest that our natural habitat is land rather than water!

And St. Paul is another example of a guy with problems on the water. Instead of taking a cheap air charter to Rome, he’s seduced by the cruise line ads, and decides on a leisurely sea voyage and of course, he is ship-wrecked. So we can see that if there is one thing the Good Book tells us, it’s avoid water at all costs!

And if you go through the rest of history, for the most part, life on the water was not great. Ask any of the gallery of slaves or the members of Columbus’s crew, or a sailor in Nelson’s navy after being touched up with the lash. The Captains had it better, because their rum was unwatered and their quarters were a mite less cramped, but even they had their bad hair days. Cook, Nelson, Hudson and a flock of others came to sticky ends! In fact, from what I read of naval history, the only sensible sailors in centuries were Fletcher Christian and his mates who abandoned ship and made off with the lovelies on Tahiti.

And in the more recent past, the sailors on the North Atlantic or Murmansk run during the Second World War didn’t find much romance on the sea. Or what about the jolly life of the crew on a nuclear submarine, packed more densely than Dolly Parton in an A cup bra, and glowing nicely in the dark after a day in the engine room. And I haven’t even touched on the Fastnet Race, the Whitbread or the Titanic’s waltz with an oversized ice cube.

And now we come to the boats we sail. Everyone who has ever owned a sailboat knows that they make horrendous maintenance demands on you. I am convinced that sail boat designers and manufactures have committees that are set up to ensure any maintenance procedure is made as difficult and inconvenient as possible. Committee members all hold shares in chiropractic clinics, and in another age, would have been key players in the Spanish Inquisition. I can imagine an executive at C & C calling up the engine manufactures and saying “Charlie, what’s all this nonsense about having the dip stick right on the top of the engine and readily reached from a cockpit location. Do something about it or lose the order”.  So, my dipstick is about 3 feet long, has half a dozen right angle bends in it, is fed into a small, obscure hole camouflaged by various electrical cables and hoses so no light gets to the site. It would be easier to get a Q-tip in an irate tiger’s ear hole than get this dip stick home! It probably helps in your maintenance operations if your mother held a steady diet of pretzels when she was pregnant with you or Quasimodo features in you family tree. Whoever it was who said that with almost everything in life it was easier to get into than out of, had certainly spent time in the engine compartment of a sailboat.

And then consider the economics of the situation. In Ontario we get about 5 months sailing a year, if we are lucky, and then most of us only get to the Club at week-ends, and then not every weekend. So say we make 75% of the weekends, this amounts to a total of 15 weekends a year. Now on most of these weekends people hang around the Club chatting, repairing their craft or watching others repair theirs, making excuses about why they didn’t do better in the last race or bragging about how well they did. So, when it is all said and done, there is a lot more said than done. The actual time under sail is probably 4 hours a weekend, and with 15 such weekends, we generously arrive at about 60 hours of sailing a year ( I say generously because I haven’t allowed for work parties, time spent aground, etc). When you factor in the cost of a sailboat, insurance, beer, rum, gin and headache pills, the hourly rate of operating your boat is about the same as the hourly salary of the president of General Motors.

So to answer my initial question, “Why do I sail?” the only conclusion I can come to is that I have a single digit IQ, and, if not for the cutbacks in medicine, I would have been put in a mental institution years ago.

“Why do I continue to sail?”… Because my wife likes it!!! 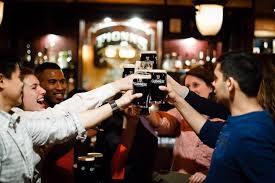